If you’ve looked up anything about the Death Care Industry in North Texas, the chances are you’ve heard the name John P. Brooks. As an online pioneer in his field, Mr. Brooks has spent nearly his entire life caring for the families and loved ones of those whom have passed on. In 1974, at the age of 15, he began his first job working at three different funeral homes (Cortez Funeral Home, Camp Funeral Home, & Dallas Mortician Service) in order to help ends meet at home.

As his passion for Death Care grew, Mr. Brooks ended up going to school at The Dallas Institute of Funeral Service and was President of his graduating class. He had definitely found his calling to help others and chose to make Death Care his life. After years in the field, he decided to go into business for himself and opened Avalon Mortuary Service in Dallas, and developing franchises in, Abilene, Austin, Dallas Fort Worth, Houston, Tyler and Oklahoma City.

Within 8 years, Avalon Nation Wide Shipping became the largest family owned & operated mortuary shipping service company in Texas and was franchised to more than 44 markets across the United States becoming the third largest in the country.

After 8 years in the mortuary business, the family had decided they would like more involvement with the families of lost loved ones. So, in 1994 at the age of 35, with the spiritual support of community clergy. Mr. Brooks opened Oak Cliff Funeral Chapel at Kessler Park, where he committed himself and his staff to “Service to Families First”. From there he opened North Dallas Funeral Home in 2002 as well as acquired Forest Lawn Funeral Home in 2008. Forrest Lawn was a predominantly Jewish funeral home. In taking on this new venture, Mr. Brooks and his family demonstrated their ability to provide tremendous service for any family; no matter their race or faith. The Brooks Family Funeral Homes doubled the Jewish business in 2 years and became preferred to the Catholic, Buddhist, Protestant, & Jewish communities due to their “Open Door” policy.

With the ever evolving digital age, the importance of changing with the times is crucial & Mr. Brooks didn’t shy away from this challenge. He rose to it by taking advantage of the newest innovative technologies to keep himself and his businesses ever growing with the times and needs of the families in their care. He pioneered this space, leading the way for all who will come behind him. Mr. Brooks believes that in doing this he is training up his own entrepreneurs in his footsteps to become the next generation of service providers.

In addition to each of his successes, Mr. Brooks is also very active in the community. He is a contributor and supporter of the Texas Scottish Rite Hospital for Children as well as Toys for Tots, a large benefactor to Pleasant Hills Children’s Home in Fairfield Texas and St. Jude Children’s Research Hospital.  John is an active member of Mary Immaculate Catholic Church in Farmers Branch Texas. John is proud to be a Roman Catholic Funeral Director. He is very active in his Dallas Lodge Knox-Corinthian 851 and a 32nd Degree Mason In the Valley of Dallas. Mr. Brooks is a former member of the Board of Directors of the Dallas County Funeral Directors Association and The Texas Legislative Committee for the The Texas Funeral Directors Association in Austin, Texas. He is currently on the Board of Directors of Parents Against Crime & Drugs, as well as The Foundation For Crippled Children. He was also named Republican of the Year in 2006 & was the proud recipient of a US Flag that was flown over the Capitol Building. This honor was given to him for his service to the community, mentoring young entrepreneurs, and his assistance to the under privileged. With all of his successes in business and giving back to the community, Mr. Brooks has had the honor of being featured in D Magazine, has been on the front page of Dallas Morning News, and been interviewed on Channels 8 & 11 discussing the rapid growing trend of cremation.

Mr. Brooks has dedicated his life to the community and the Death Care industry for over 40 years. He has gained a reputation for hard work, being fair, giving superior service to families, & “being the answer, not the question”.

Click here for a message from the founder, John P. Brooks. 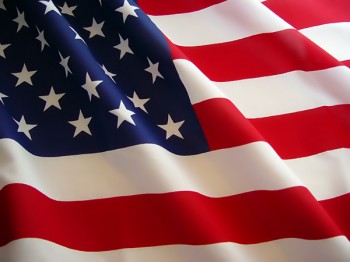 About Us | Cremation Arrangements |

Uniform Electronic Transactions Act 43.002(8)-“Electronic Signature” means that an electronic sound, symbol, or process attached to or logically associated with a record and executed or adopted by a person with the intent to sign the record.